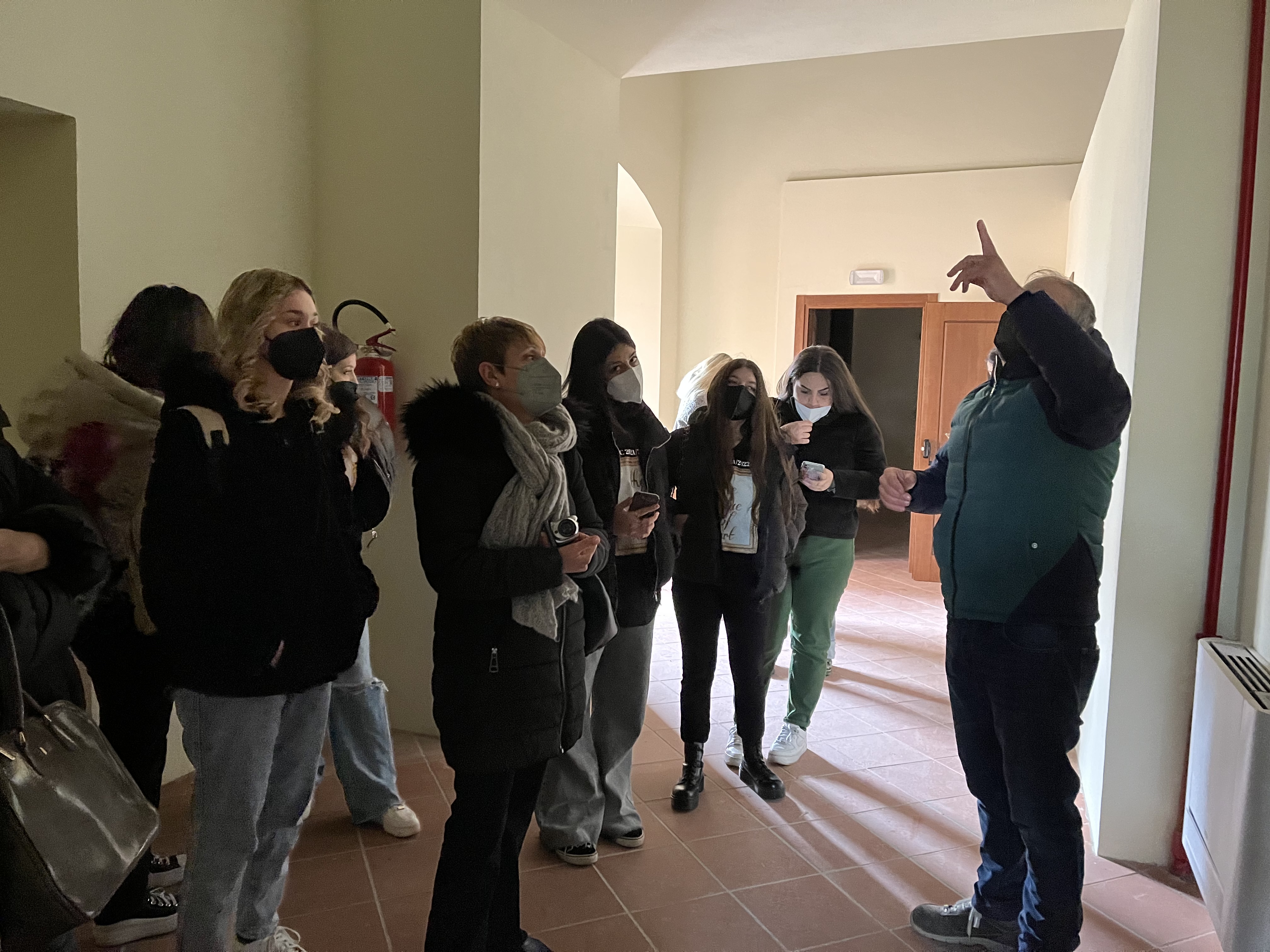 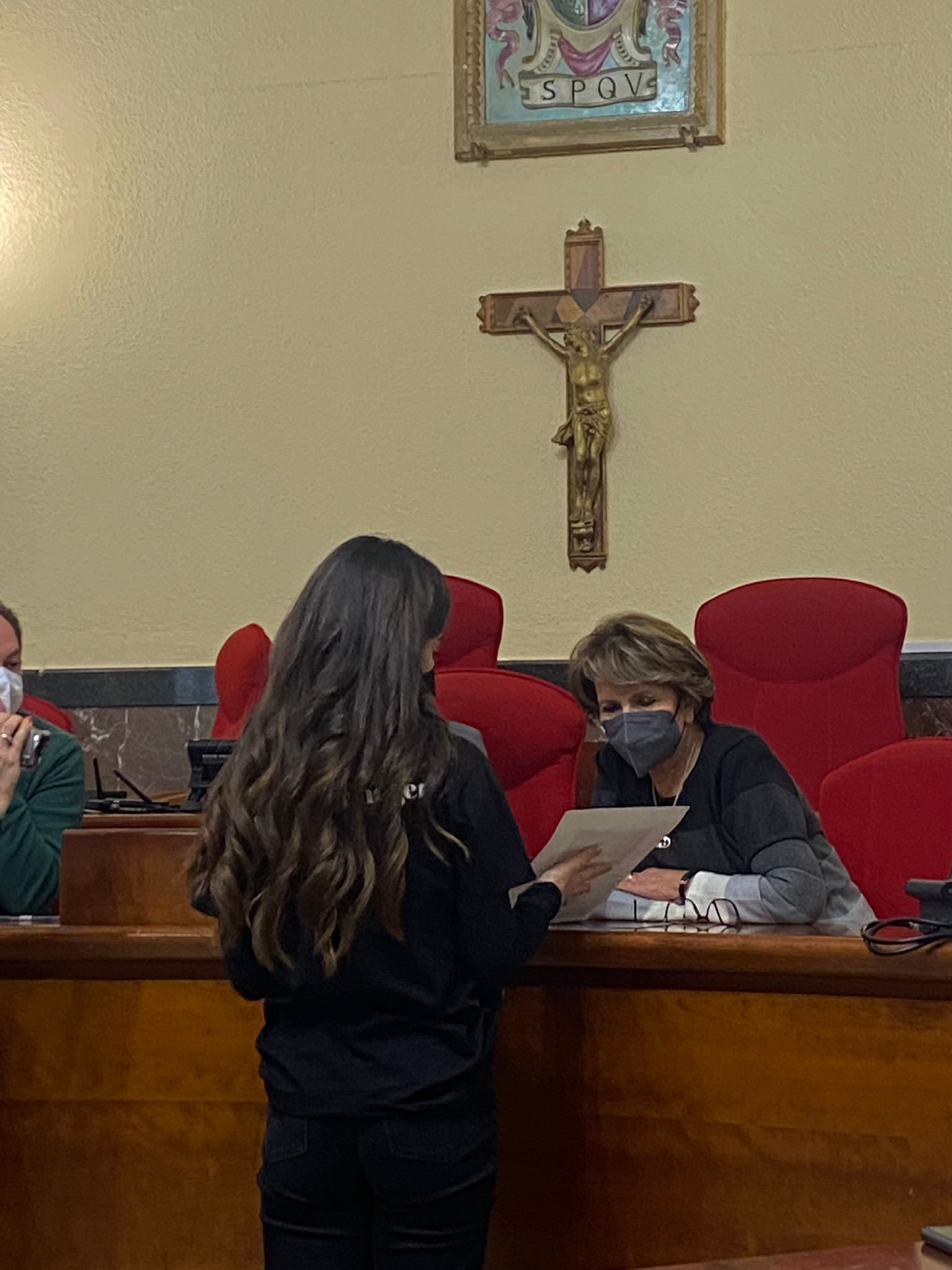 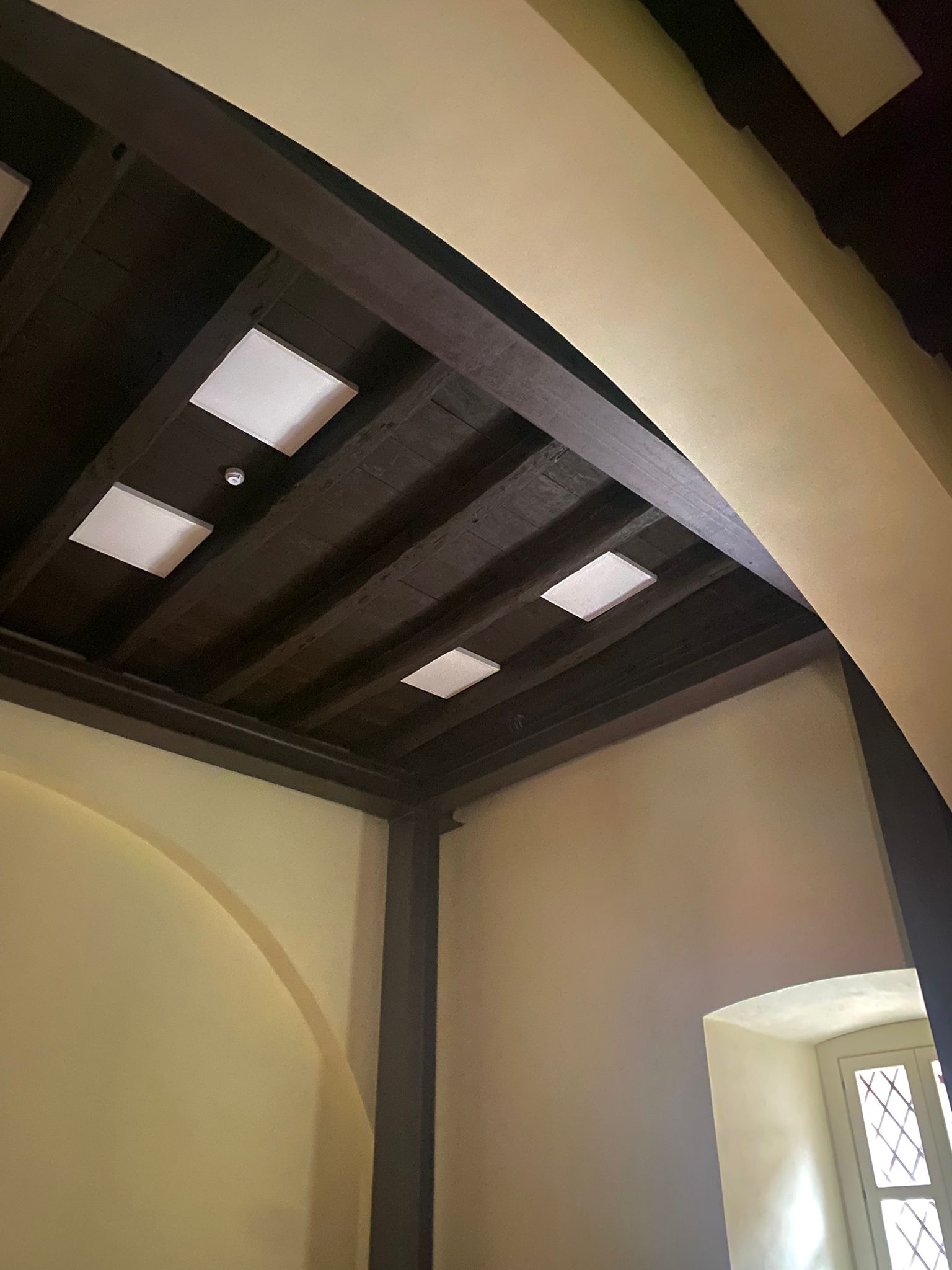 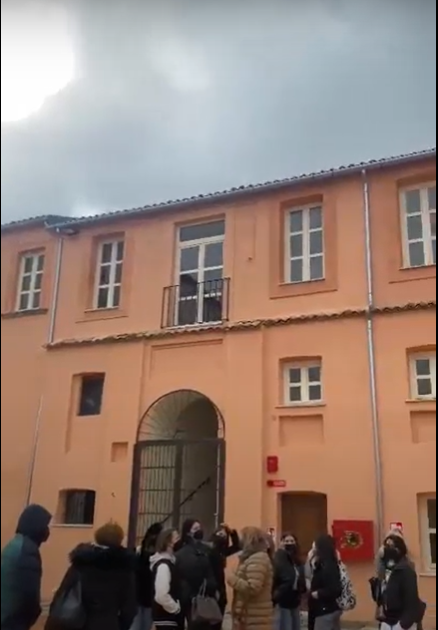 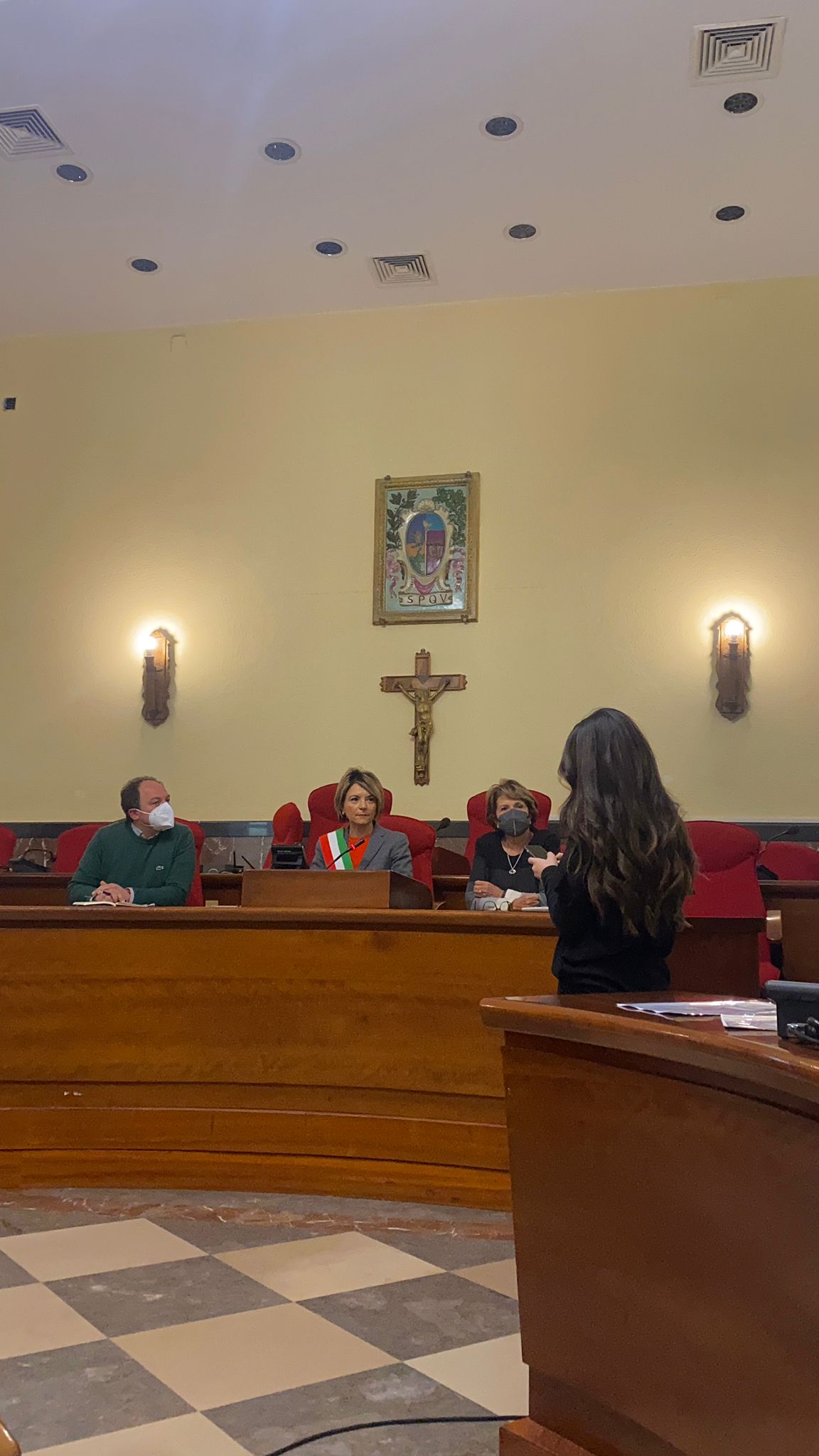 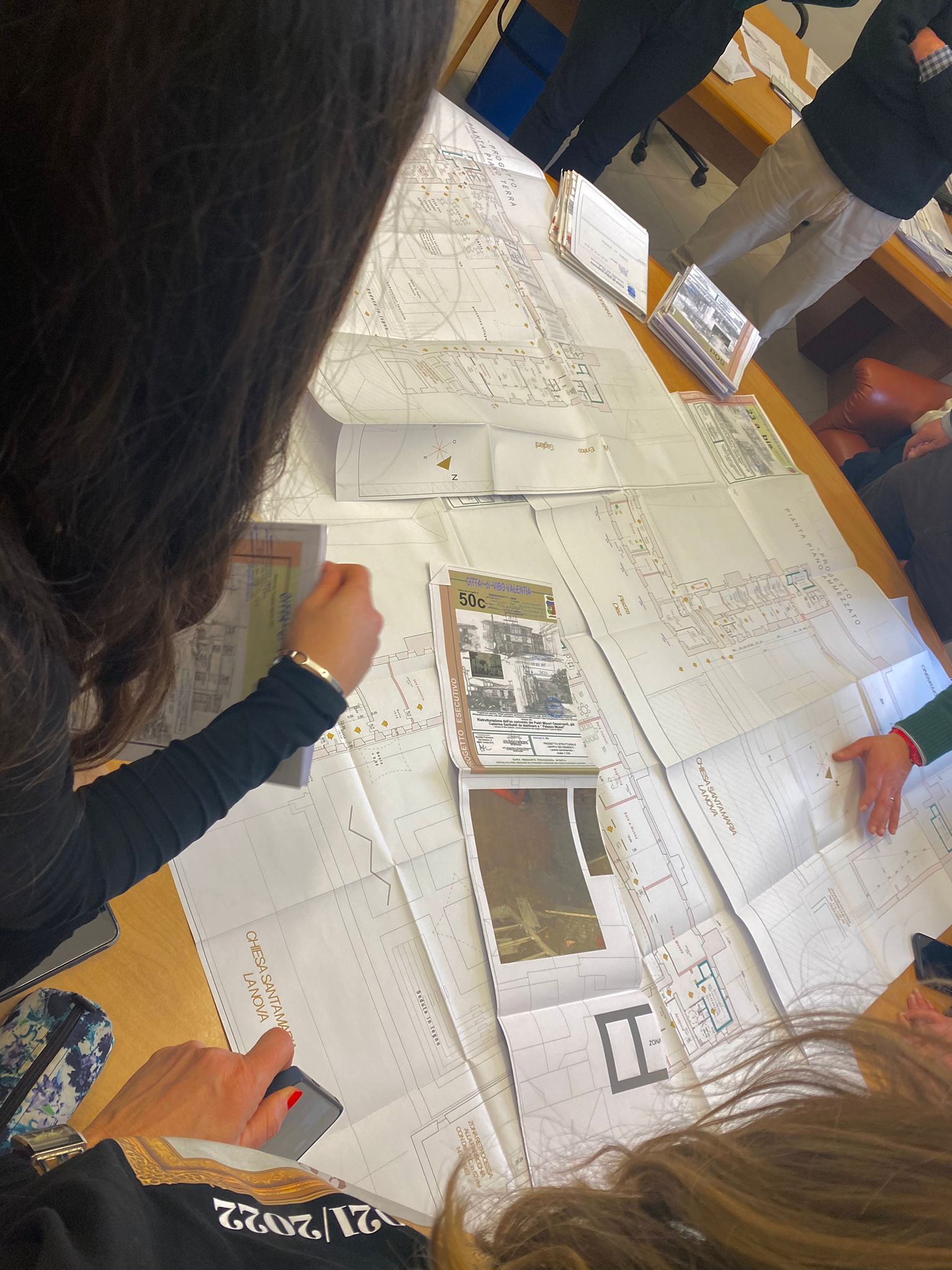 The iniziative of restoring the “Ex Convento dei padri minori osservanti, già caserma Garibaldi, da destinare a Palazzo dei Musei” is part of the programming cycle 2014-2020 and included in the theme of Culture and Tourism. It has the Region Calabria as planning body, and the Municipality of Vibo Valentia as beneficiary and implementing body.
The aim of the project was to fully renovate this huge complex that was formerly a Monastery. Once the renovation has been completed, this building is meant to become a Museum Palace, that could give our city the possibility to have an amazing place for cultural and artistic events, in the downtown.
The effective start of the restoration was in 2018 and it expected end on the 31st December 2020, the effective end is not available as the building site has just been closed. The project has been funded by, the European Union, the Revolving Fund and the Region Calabria. The funding monitored is of €. 3.762.969,19, and currently 90% has already been paid.
The renovation was meant to involve the total structure. Some of the planned works were:
- Executive project
- Geological, geotechnical and archaeological investigations
- Structural testing
- Static consolidation of the structure
- Replacement of windows and doors
- Internal restructuring
- Foundation refurbishment
- Refurbishment of floors
- Masonry interventions
- Roof renovation
- Restoration of beams and ceilings
- Plumbing systems
- Electrical systems
- Heating and air conditioning systems
- Fire prevention system
As we've already said, the planned works have been all completed

The project is a segment of a much larger plan. The Region has a significant heritage of cultural resources, evidence of defensive architecture, buildings of civil and religious value However, many of these resources are scarcely accessible to Calabrian citizens and little known and valued for tourism purposes. The European Regional Development Fund (ERDF) 2014-2020 EU Structural Funds Programme, ROP Calabria ERDF ESF aims to create growth and jobs by boosting innovation and competitiveness, and improving the regional system of Research & Development. The programme will contribute to improve the protection, enhancement, standards of offer and use of cultural heritage of the Region.

From the Monitoring visit, we’ve learnt that the project was supposed to start in 2011, but it took seven years to find an eligible construction company. So the current one, the Deodato Company, has started to work on the building only in 2018, after having worked on the executive project too. So on the Site of Open Cohesion the expected start and effective start seem to be the same, 2018. The structure was in a very bad condition, wet and with seepages into most of it. The building’s foundations were filled with water; in fact, the monks had used to store water into a chamber, during droughts and it went to the bottom of the building, causing a part of it to collapse. The company has so created a new system of canalization, also providing a seismic retrofitting
In June 2021 the building had been tested and delivered, waiting to be used for its destination.

The restoration of the complex has already been completed and it is supposed to be ready for its destination: a “Museum Palace”.
Despite this, it is not becoming a museum at the moment. The reason is that the ancient Monastery has been chosen to locate the primary school “Don Bosco” until its own building will be restored. So, hundreds of children will attend classes in it, for at least two years.
The structure is divided into 4 big sections, that could be used for Museum Purposes; but they have been temporarily separated into smaller rooms, in order to be used as classrooms.

As we’ve already said, one of the biggest difficulties in the realization of the project was the really long time it effectively took to be completed. Even though on the site of Open Cohesion it says that the project should have started in 2018, from the information we’ve gathered through our research and the monitoring visit, we’ve learned that things have been way more long and complicated.
On 8th June 2010, the preliminary project had already been approved and the funds to be used were not the EU Structural ones. What happen in the next years, it is hard to find out. The only thing that seems to be clear is that there was not enough money so, in 2018 the Region Calabria planned this project to be financed through cohesion funds. What sounds strange to us is that payments started in 2017 and the project was expected to start in 2018!

During the monitoring visit we’ve noticed many strong points about the newly restored structure.
First of all, we were immediately amazed by the remarkable size of the building, about 3.000 m², that made us think about how the spaces were ideal to accommodate the museum.
Another positive aspect is the huge courtyard, a very large and useful space for the city of Vibo, perfect for hosting all kinds of events.
Finally, the location of the complex is definitely a great strength, being in the city centre

The biggest risk we fear about is the final destination of the building. Even though placing a school is a temporary choice we're afraid that this will become lifelong.
This could be extremely harmful to our city, because it would mean forgetting the original aim of the project and wasting an opportunity for the citizens to express themselves through art and let people enjoy the resources we have to offer.
Our city is often underestimated, even from its citizens, and dropping this project's destination would mean denying a possibility of cultural and touristic development.

Firstly, the decision to place a primary school inside an ancient building, restored to become a Museum, should be reversed by the Comune of Vibo Valentia.
One of our main ideas is to place some interactive and multimedia museums, offering a new and modern experience to all the visitors, so that collections and exhibitions can capture, the past in a way useful to the present and the future We also want to make it inclusive to children, who will interact directly with the works and have the possibility to create their own art. In this brand-new modern museum, emerging artists of Vibo Valentia should have the possibility to display their art in a dedicated section.

The Mayor Maria Limardo, the engineers Callisti Lorena and Santini Alfredo, the geometer Michele Russo, the assessor of culture Rotino Daniela, and the assessor of public works Russo Giovanni. We also created a survey about museum attendance open to everyone and we gathered about 600 responses.

To the Mayor Maria Limardo:
1- Why did you decide to place a primary school in this building?
2- When will we finally see the building used for its destination?
To the Councilor for culture Daniela Rotino:
1- Have you already chosen a museum-style installation for the building?
2- What do you think about interactive museums?
To the engineer Santini Alfredo:
1- Why did it take more than ten years to complete the project?
2- If the project is completed why 10% of the amount has not been paid?
To the construction site technical director Michele Russo:
1- What was the main difficulty in completing the work?
2- What kind of works are you doing now to make the structure more adequate for a school?

The Mayor:
1- We have decided to place a school in this building because we are restoring most of the primary schools in our city and there are not enough buildings to make the children study.
This problem is of such urgency that it cannot be put off. This is a wide structure that can be used for this purpose. We’ve asked to Regione Calabria if a temporary use of this building was possible and the Region allowed us to temporary use it for a school.
2- Our commitment is to use this structure for its destination as soon as the school building is finished and for sure within a couple of years
The Councilor for culture:
1- There is a preliminary project plan about the installation of the Museum and the restoration has been functional to this project. The idea is to display all the works of art available in our city. Focusing also on local art and traditions.
2- I know that interactive museums are the best and more contemporary ways to enjoy art and we are open to tis types of exhibitions.
The engineer Santini Alfredo:
1- It took so long to find an eligible construction company. The project was supposed to start in 2011 but the companies which participated in the call were found out to be inadequate for that work. Meanwhile the structure underwent to some collapses and more structural works were necessary. When the current company won the contract, a new executive project was necessary. This obviously required higher costs and lengthy delivery times
2- The project is not only completed the building has also been tested. The rest of the amount will be soon paid as we were allowed to use all the money, also the savings and the 100% will be paid.