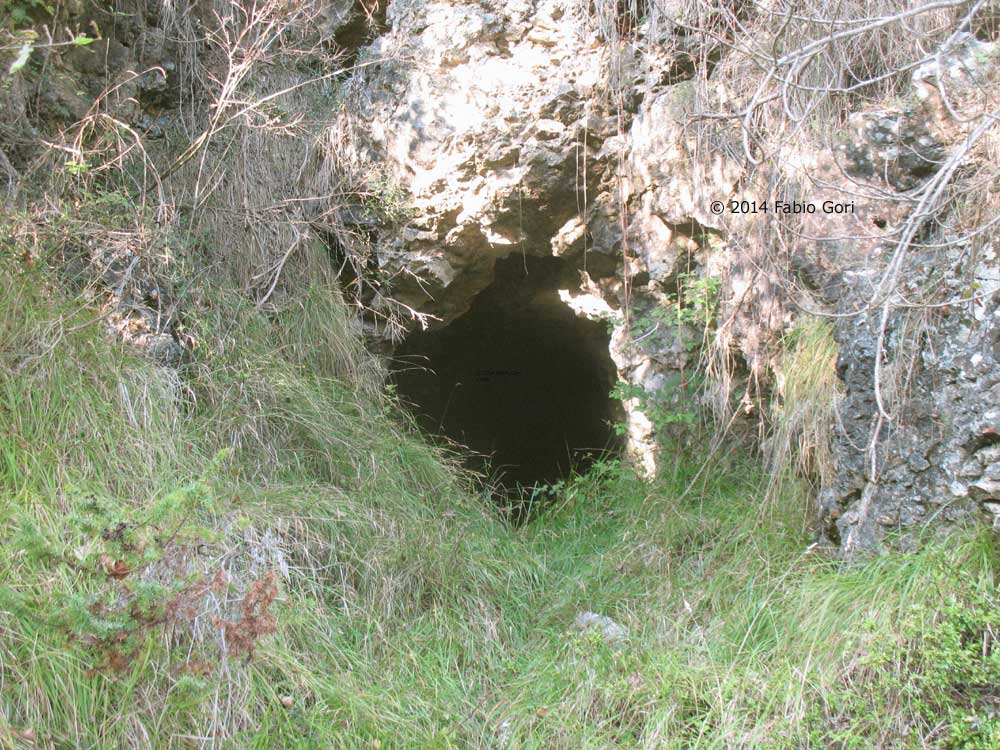 The monitored project deals with a mining site, the Cetine, in the municipality of Chiusdino (Siena). The area includes landfills, mostly covered by woods, and the mining village, with buildings in poor conditions and currently almost uninhabited.
The site is currently subjected to a project of decontamination, as there have been found in the soil high levels of antimony, a heavy metal dangerous both for the enviroment and the human beeing, even though plants thrive as they store it in the roots.
The main goal of the project is to make the area liveable: in fact, the national legislation states that the soil of residential areas must have an antimony content of less than 10 mg/kg (D.Lgs. 03.04.2006 n. 152). The funded activities are the waterproofing of the contaminated area, the reshaping of the slopes and the replacement of a layer of soil around buildings. Moreover, the realisation of  a waste water treatment systems is planned. Finally, the project includes the demolition of ruins, which nevertheless are a historical testimony.
We have found that in the early 2000 there was the idea of creating a mineral park in order to preserve the historical and geological values of the mine. It mainly consisted in opening part of the mine to tourists. The project was approved and financed with 2 million euros thanks to the PRUSST (Urban Regeneration and Sustainable Development of the Territory Program). The work started and the municipality of Chiusdino spent around a milion euros, but then it was stopped by the sudden need of decontaminating the area! We must say that this impellent needing was not a surprise: ARPAT (Regional Environmental Protection Agency of Tuscany) in 2002 proposed to include Le Cetine in the areas needing of brief-term decontamination, while the project of the mineral park was written in 2003.
The ownership of the area is regional and provincial, even though some parts of the site has been sold to privates in 2000 and in 2009. This adds some complications to the work!

The project is part of the regional plan of mineral sites decontamination with the goal to reduce surrounding environmental pollution and to make these areas livable.
Locally, the municipality of Chiusdino has the goal to repopulate the mining village because the population in the area has halved in recent decades (the  waste water treatment systems is designed for 63 people). In the future there is the "prospective" to include Le Cetine in a archeological-mineral park that nowadays includes San Galgano Abbey, the main tourist attraction in the area.

According to the information in Opencoesione, the work should start by the beginning of June. The district office of pollution and decontamination told us that they are waiting for the executive project, which will be done after the Soprintendenza’s response. In fact, at the last Services Conference (a local administration meeting), the Soprintendenza has pointed out the need of evaluating the architectural and natural proprieties of the area, which we have already spotted! We think that a possible difficulty in starting the works could also be the presence of abusive inhabitants in two houses.

The works have not started yet. The Sopraintendenza is currently evaluating the project. Afterwords the executive project will be written. For this part we will leave our legacy to the future agrarian school classes.

Nowadays the decontamination is an end in itself. It seems that the administration doesn’t have the will of giving a value to Le Cetine. It seems that the purpose is selling the buildings to privates, but we have calculated that the cost of the decontamination is higher than the financial return. Besides, the intervention is extremely invasive from an environmental point of view as it plans the deforestation, which includes areas outside of the residential site, and he reshaping of the area, which will badly affect the landscape (plus the area is included in a landscape protecting law: D.M. 18.01.1973 n. 73) . As we are an agrarian school we are concerned about the woods and the the emissions of CO2. By our surveys we have discovered that with the decontamination works about 5 hectares of woods would be cut down and replaced with shrubs and grassland with a considerable  increase in atmospheric CO2 , over 1300 tons. Think about it! In 20 years, a wood can absorb the carbon dioxide produced by 58 men while a grassland can absorb on the amount of CO2 of 8 men. Plus, by cutting down the wood the local ecosystem would be damaged and it would be a problem as the site is extremely close to several protected areas characterized by an endemic wildlife. Moreover, in the project is stated that the galleries of the mine could be closed. In the galleries bats have found refuge: therefore, by closing them, their habitat will be damaged. It is important to know that bat’s habitats are protected by an European law, called EUROBATS. Plus, the project includes the demolition of rare structures from a mining and historical point of view as the flue pipe (watch the interviewed attached).

What we liked about this project is the great possibility of learning that it gave us. We realize that the only way to survive in this planet is teamwork, cooperation, trust in each other, in what we are and in where we live gaining awareness of being part of a huge ecosystem called Earth. In other words, we have learnt what cohesion means: trust, culture, social and economic welfare of a community.

The main risk of the project is creating an area where buildings are sold to foreign people that will just inhabit them for a small period. This could possibly mean that there will be no population growth and that the area will be appreciated exclusively be few people. In fact, the mining village is an important part of a mineral park: it includes the administration building, the canopy sorting (where the women worked), the old bread oven, the old postal office and so on, and there are architectoural details as a lintel of a window made with a mine rail track. If the mining park will not be made, the money spent in 2000 will be useless.

We suggest to clarify the surveys made to evaluate the natural contaminating value updating it to the recent guidelines and laws (DL 31.05.2021 n.77), and carry out the environmental impact analysis and the cost-benefit analysis of the works as required by the new regional plan for the remediation of polluted sites (DCRT 18.11.2014 n. 94).
Moreover we think that the project of decontamination should include arrangements for the creation of the mineral park, indicated by the landscape plan of Tuscany Region (DCRT 02.07.2014 n. 58).
Plus, the region should finish the making of the geosites’s law, since still lacks the official list of geosites and the rules for their protection (required by D.Lgs 22.01.2004 n. 142 – the Cultural Heritage and Landscape Code): in fact, Le Cetine Mine was proposed in 2007 as “Geosite of Regional Interest“, because of the presence of numerous rare minerals and new species, such as onoratoite. Lastly, should been redraw the borders of Le Cetine Geosite, since has been excluded part of the “canalone”, area that includes the main entrances of the mine.

In the project there are many discordant points that we have pointed out, and the answers received from the administration have been vague. When asked the municipality of Chiusdino to look through the documents relating to the mineral park project, we encountered hostility, and we have not seen them. Moreover, we have asked to the Region to see the land sliding report that has been presented in the Services Conference, but they have lost it. Plus, we were curious to visit the Chiusdino municipal mineral exhibition of Le Cetine, that the Ministry of Culture fosters on its website. We have been disappointed because this exhibition does not exist! All this makes us think that nobody has made a detailed survey of the area.
We have been using these months to study all the details of the project and now we are ready to share our discoveries! We will presenting our work during the final school's celebration, open to the local community. We will send the final report (presented by a press release) to the administration and the local press. We have been contacted by Region that wants to organize a convention with the regional school, that have taken part in the project, during wich we could present our work. Be ready to be updated!

The people interviewed are:
- Luciana Bartoletti, the major of Chiusdino;
- Giuseppe Protano, a geologist of the UNISI (Università di Siena);
- Maria Francesca Pia, the archivist of Archivio minerario di Su Suergiu (Sardegna);
- Gaetano Zanchi, a freelancer miner engineer;
- Alessandro Masotti, the geologist in charge of the mineral park. He asked us not to spread the information that he has given;
- Grazia de Nittis, archivist of the National Archive in Siena;
- Guerranti Francesco, official of the regional pollution and decontamination office in Sienese Territorial Headquarter.

1) Can the area be destinated to a mineral park, as there have been found several one-of-a-kind mineral? (we asked this question to Luciana Bartaletti, Chiusdino's major).
2) Is it possible to reduce the area to be reshaped and decontaminated, in order not to destroy the wood and both the geological and historical structures? (we asked this question to Gaetano Zanchi, mineral engineer).

1) The area can definitely become a mineral park but currently the administration wants to leave open the possibility of selling the building to privates and create a residential area.
2) Definitely it is! Everywhere in Italy there is the risk of land sliding but not always there is the need of reshaping!