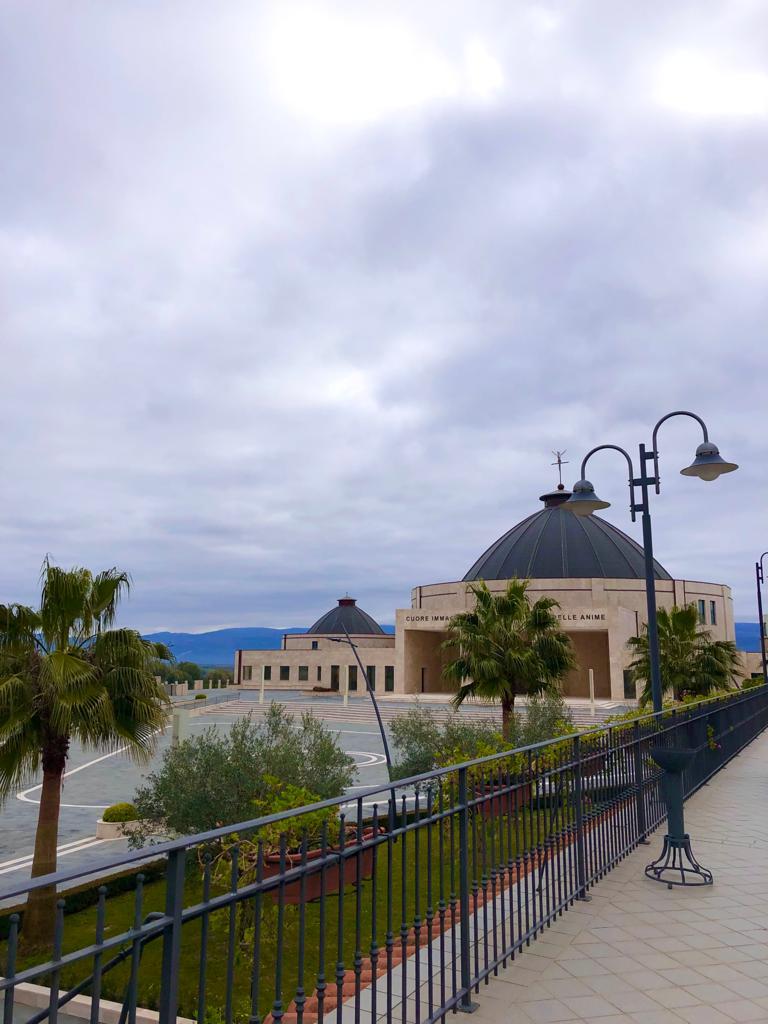 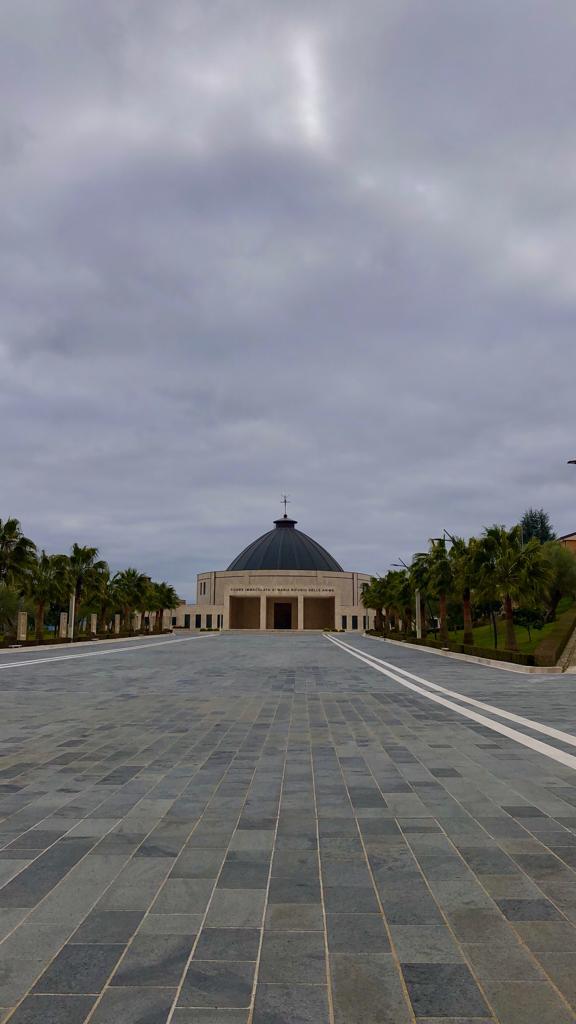 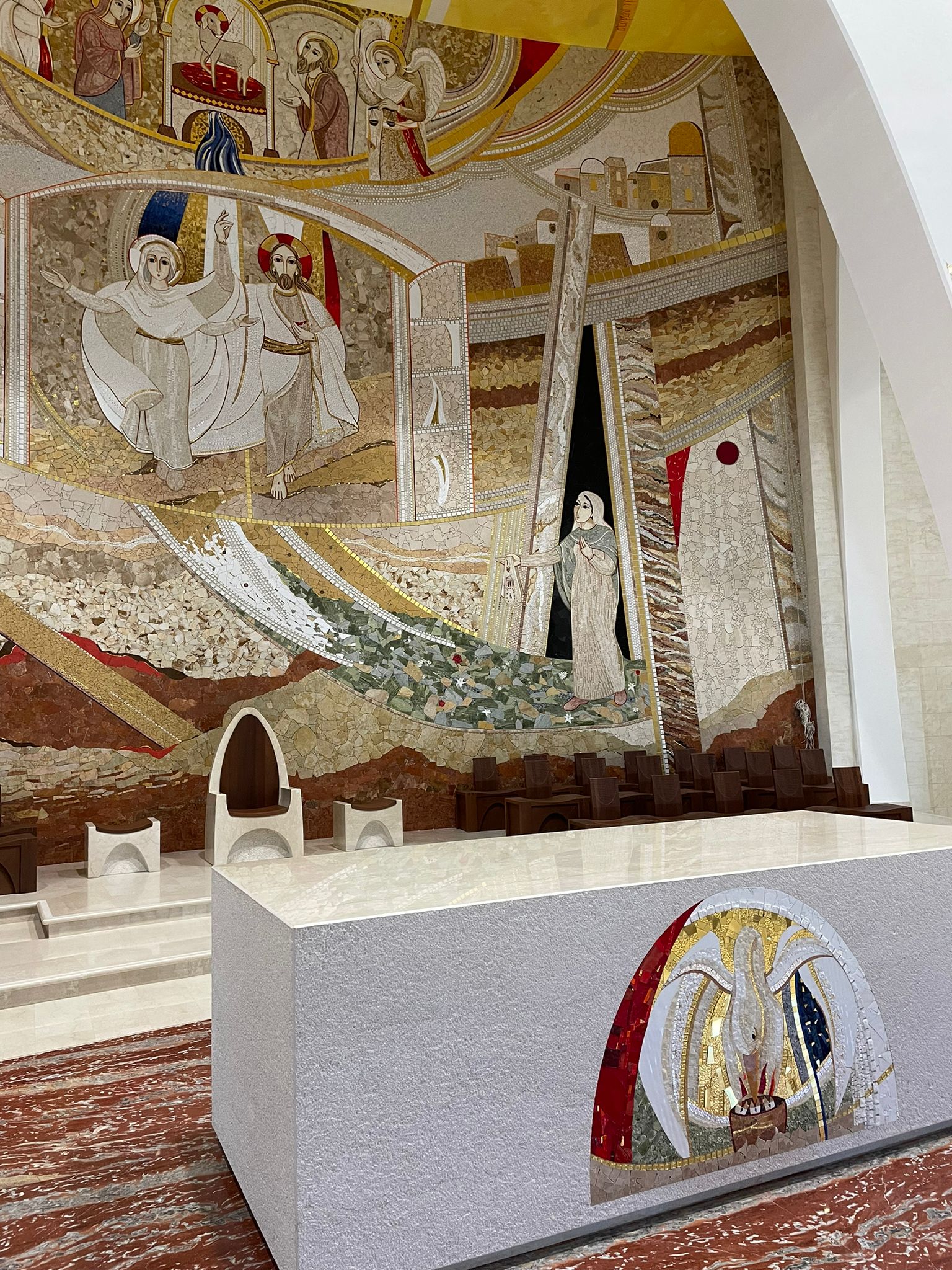 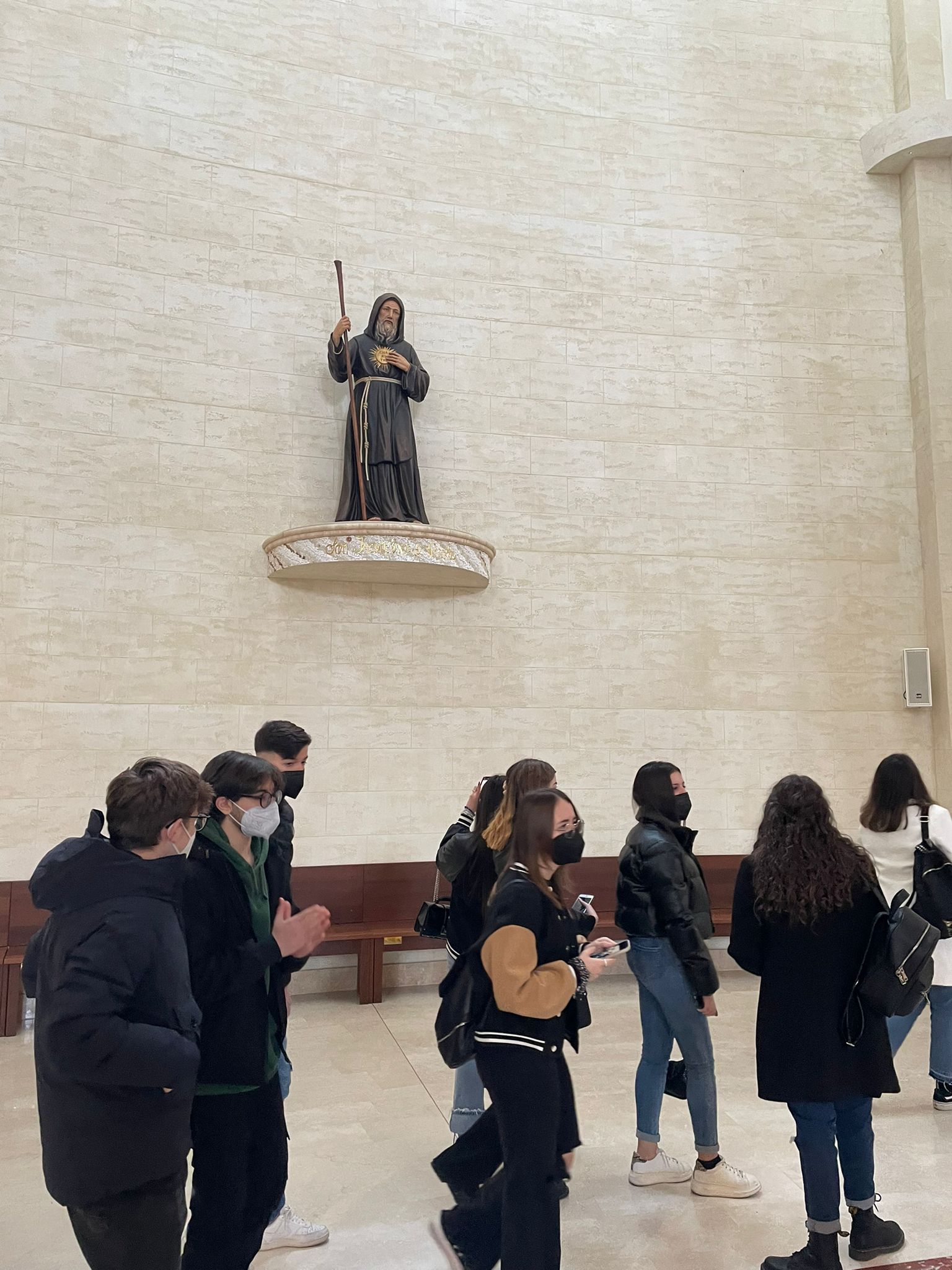 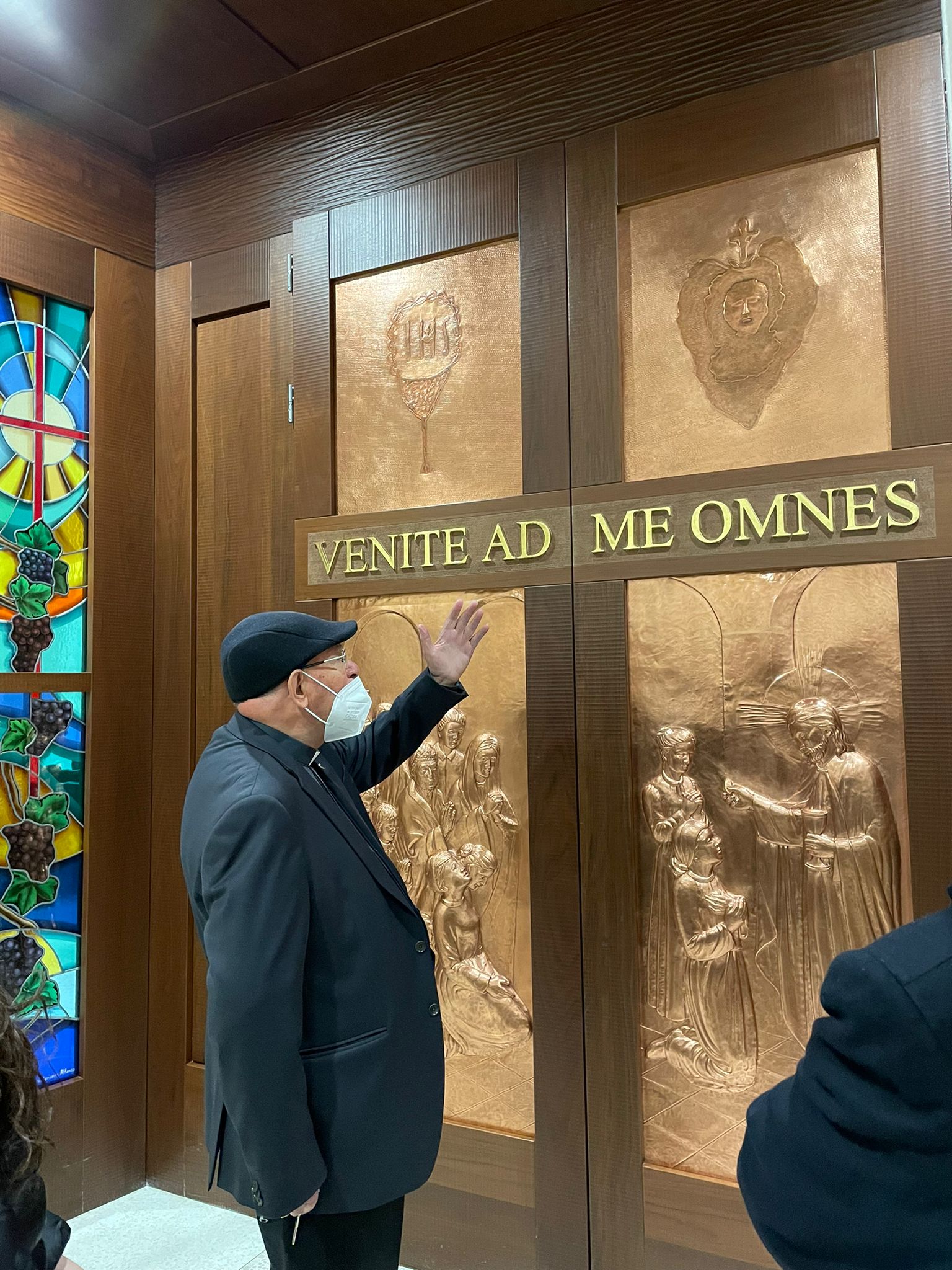 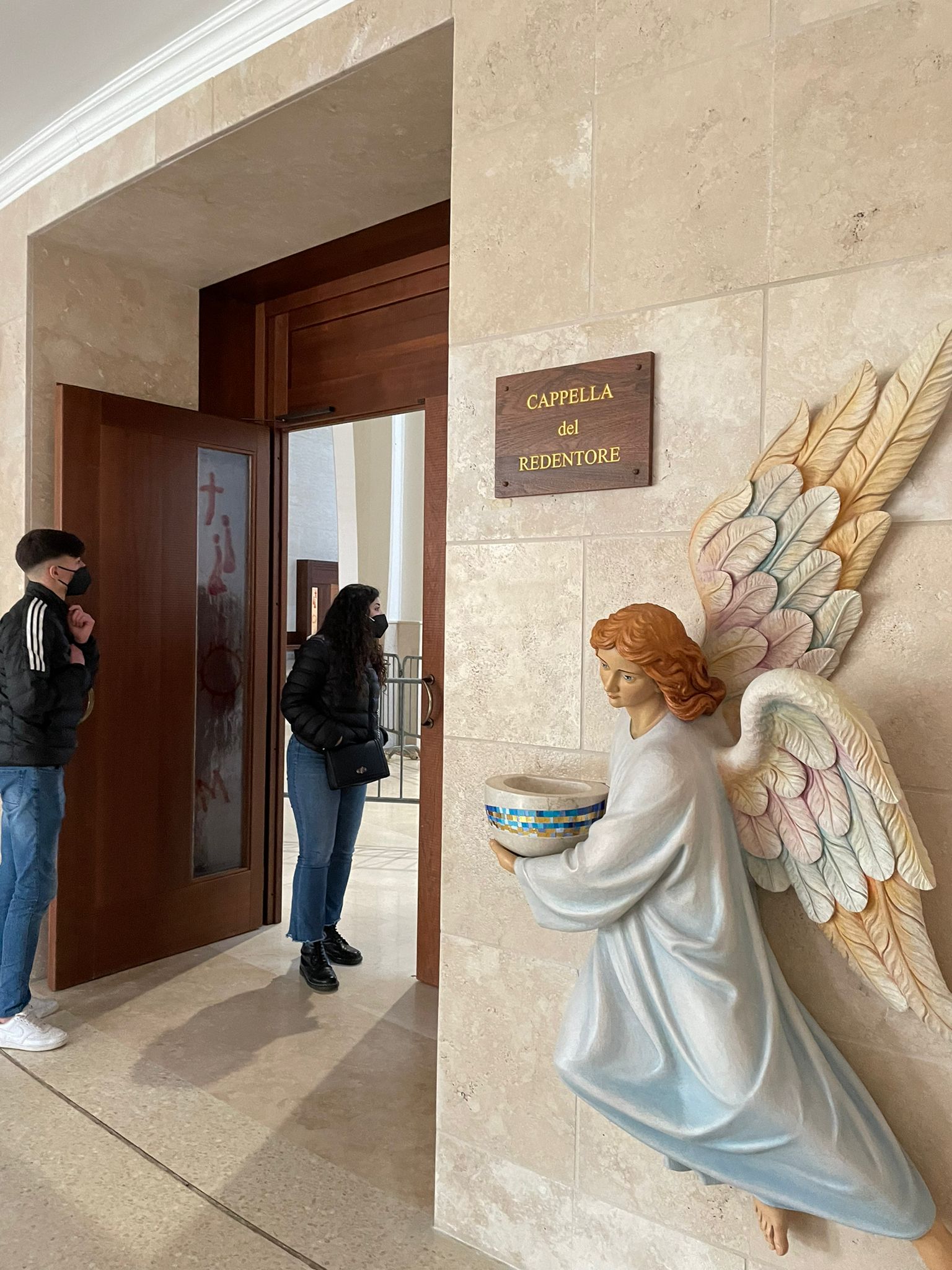 We decided to analyze this project because its goal is to make the city of Mileto known beyond the borders of the province, since from the 6th of August it's gonna be one of the three important Sanctuaries in Southern Italy.

It began on 29/01/15 as expected, but seemed not yet completed, despite the fact that the initial finalization date of the project had been set for 26/09/15. The monitored public cost amounts to € 5,742,053.15 and it was in 2014 that the first sum for the construction was paid, which amounts to € 774.51. In 2015, on the other hand, the sum increased significantly reaching € 3,145,396.29. We found out the construction is actually officially completed but not yet open to the public after interviewing the people in charge of the opening of the Sanctuary, and from the clarifications made, we have even seen how in reality the funds have all been used.
Certainly due to the covid situation there was a slowdown in the opening processes of the sanctuary.

The tourist center of Mileto is very loved and visited by many. One of the tourist attractions of Mileto is the Sanctuary. In recent years, the maximum number of people who visited the foundation at the same time was 30,000, and a total of 500,000.
90% of visitors are Italians and 10% foreigners. 50% of Italians are from Calabria while the remaining 40% are from other regions of Italy. A large slice of the percentage is made up of Puglia, Campania and Tuscany.
Of that 10% of foreigners, most are Germans, but this 10% also includes many tourists from Australia, Belgium and Luxembourg, driven by curiosity to learn about its history and the religious peculiarities of the Norman territory.

While we were searching for information, we found out how part of the founds were not used yet. That confused us as we were trying to interview the people of the foundation, that's why we think one of the main difficulties we had concerned the data itself and the information we found about the sanctuary.

First of all, the funds for the restoration of the Sanctuary and the buildings linked to it, seemed pretty well used as the foundation had been modernized and was well organized. The place itself looked very nice and we were mesmerized by the beauty of the altars and the churches themselves, with beautiful mosaics and paintings covering the walls, with the presence of Latin phrases as well. Quotes from natuzza herself, the grandiose woman to whom the buildings are dedicated to, and which were wanted by, after the Madonna appeared to her stating to make it happen. We think that thanks to that it will be really interesting for people who are curious about Mileto, even because thanks to the people there, who are well informed about the project and even Mileto's religious aspects , they will gain new knowledge about this beautiful place we have in Calabria and one of the most important representative: Natuzza.

Since the sanitary situation we are afraid it might compromise the visits at the foundation, and consequently affect the tourism in this area, that it's one of the main purposes of the foundation, so that a lot of people would know the beauty of Mileto and its cultural heritage. Mileto was indeed an important norman city as well, so that would mean a lot and would be really interesting for the poeple who want to gain knowledge about not only religion but also the history of it, the place itself and why it is important.

In our opinion, one thing that should be done is to finish the construction of the house of the elderly and the auditorlum, while as far as ideas are concerned, we propose the construction of a structure like the house of the elderly, but suitable for young people, which can become a meeting place for them, where they can exchange ideas and feelings. This would be beneficial to the Sanctuary, because by doing so, it would no longer be only a religious pole, but also a tourist one, like the places we can find in cities such as Vibo Marina and Tropea.

1) Natuzza.  In fact, she was the one who gave life to the design entirely. In fact as Don Pasquale Barone told us, Natuzza was the first architect since she was the one to have the idea of building this Sanctuary and then she was helped by the members of the Foundation "Cuore Maria Immacolata rifugio delle anime".
2) Certainly due to the covid situation there was a slowdown in the opening processes of the sanctuary but Pasquale Anastasi told us that the work was never really interrupted therefore it will be opened to the public really soon.