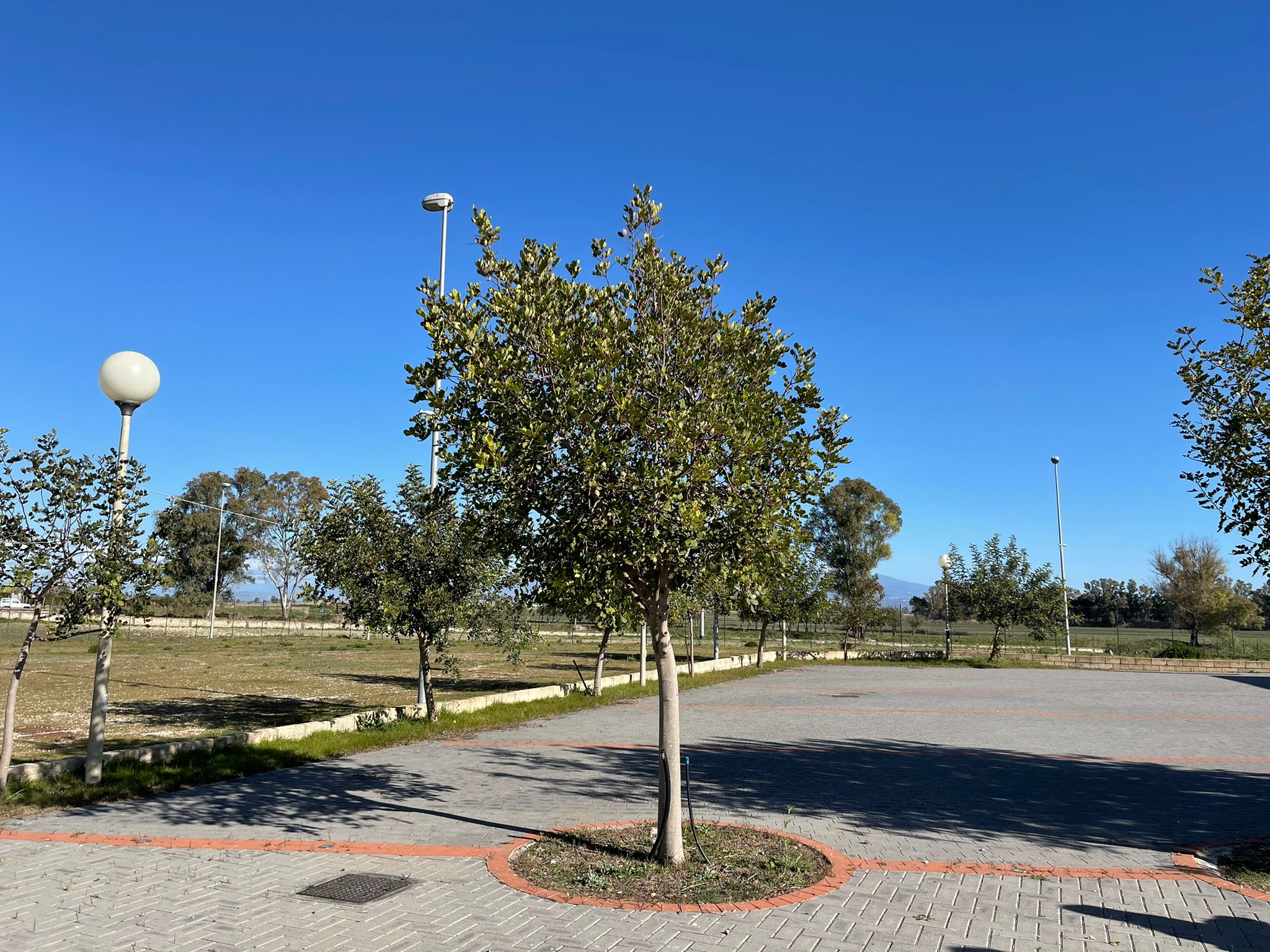 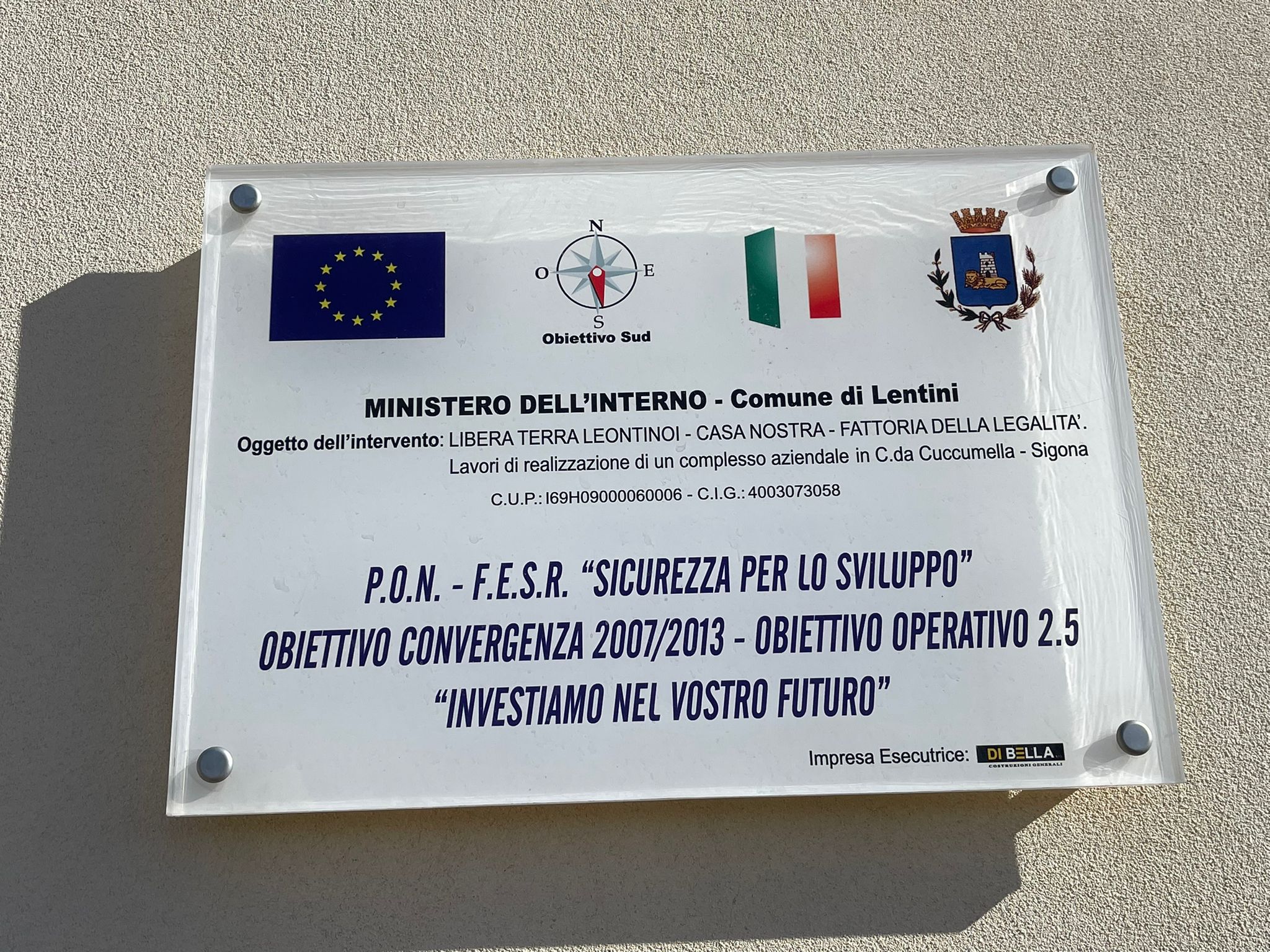 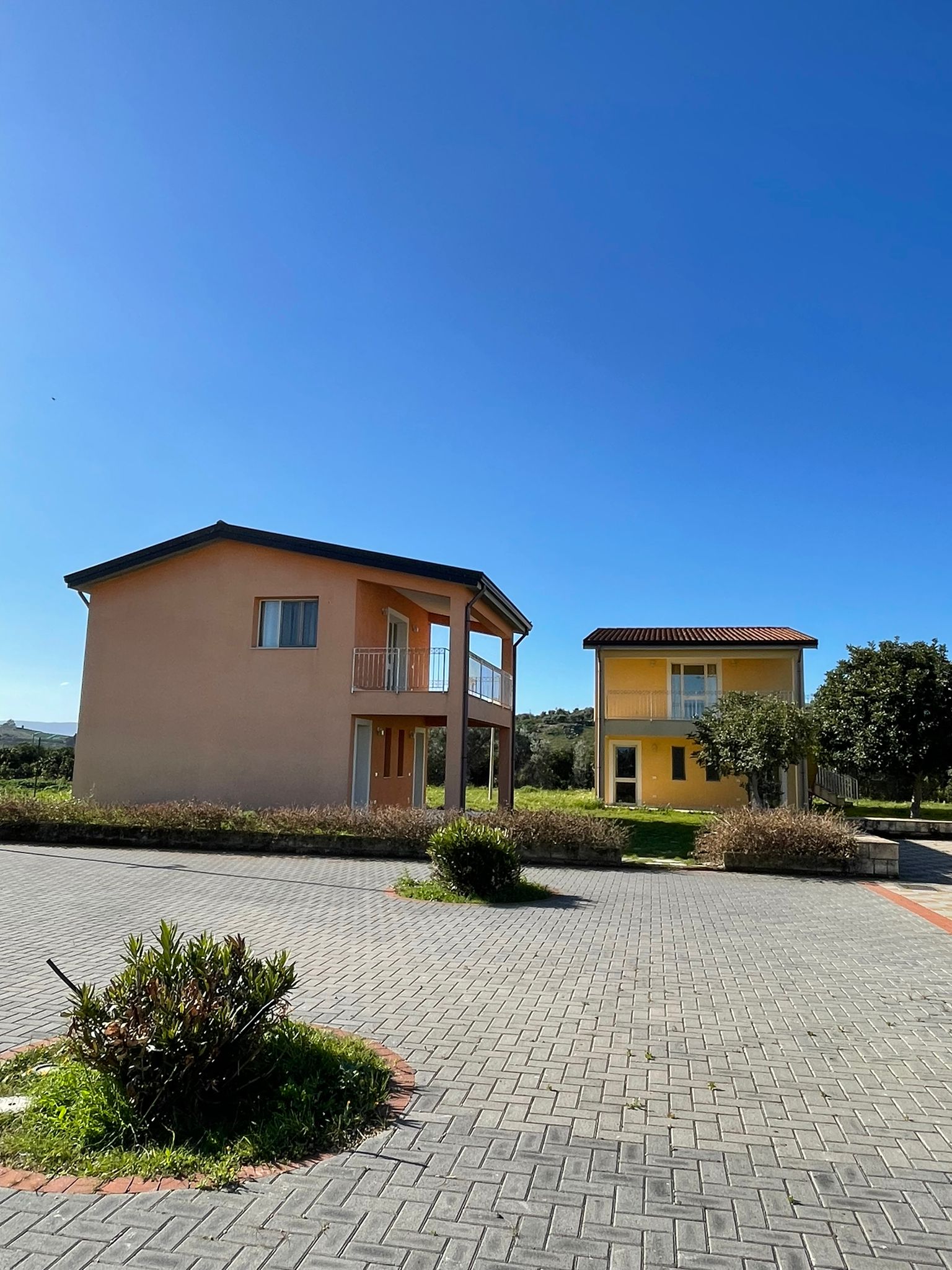 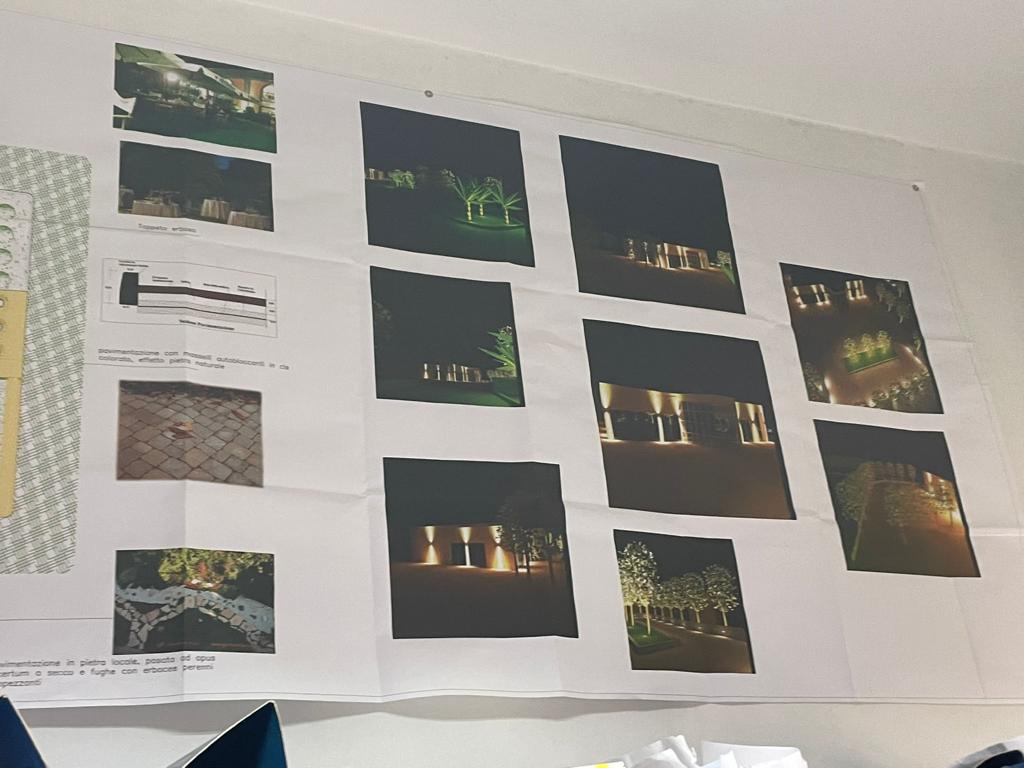 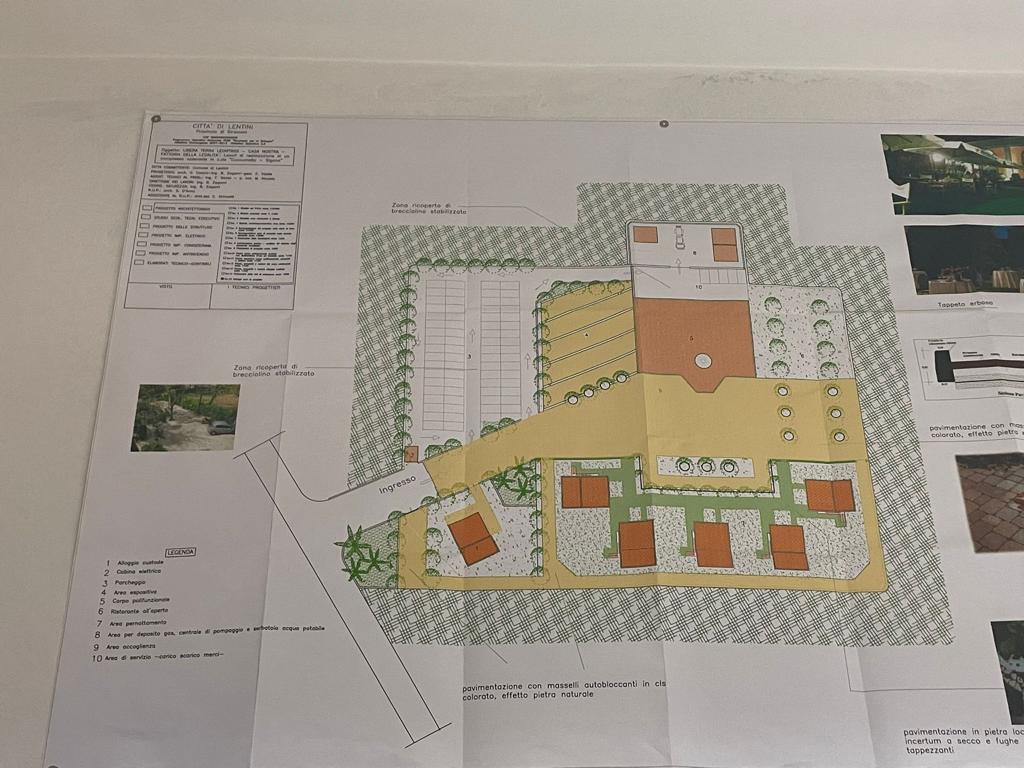 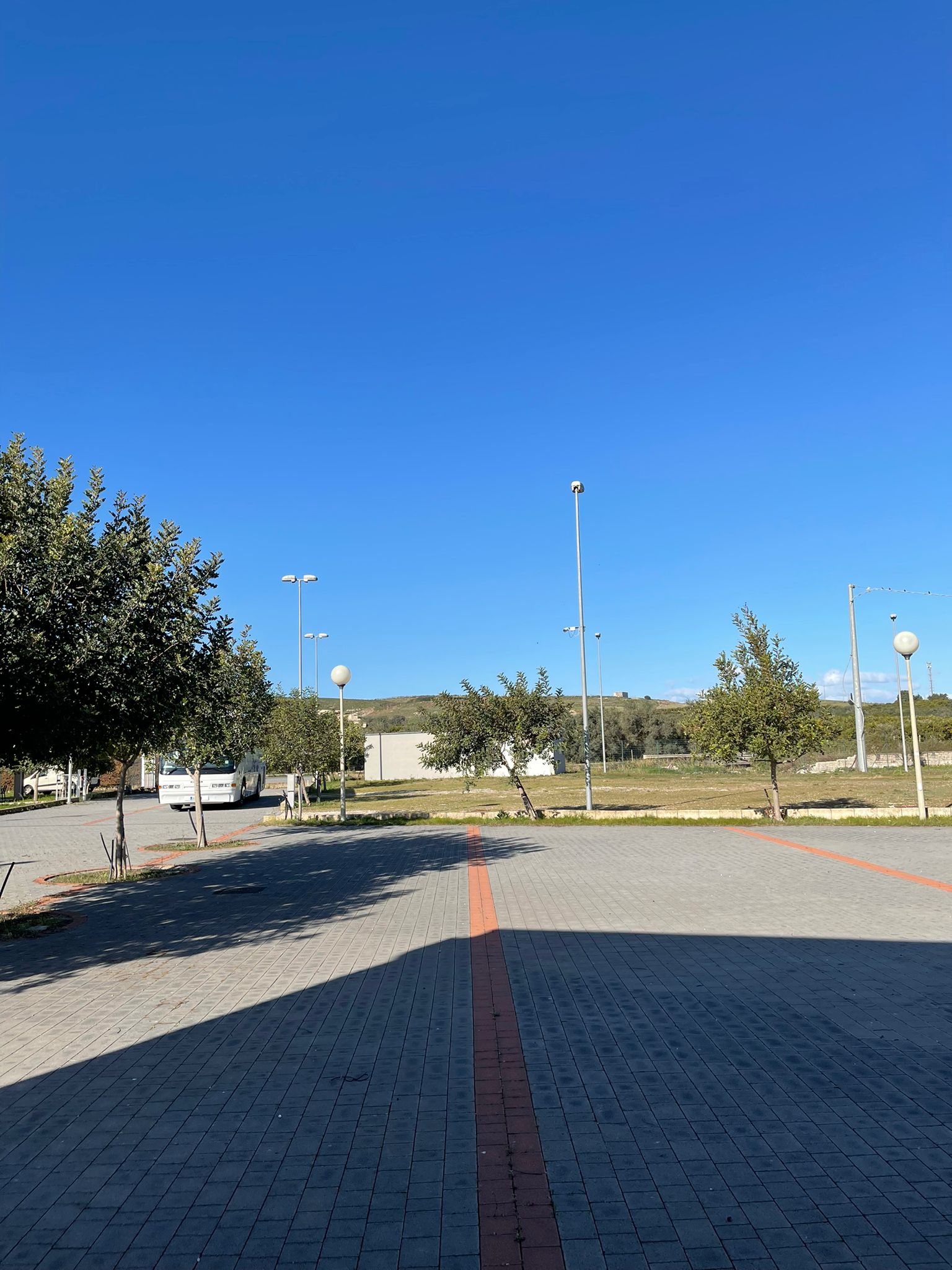 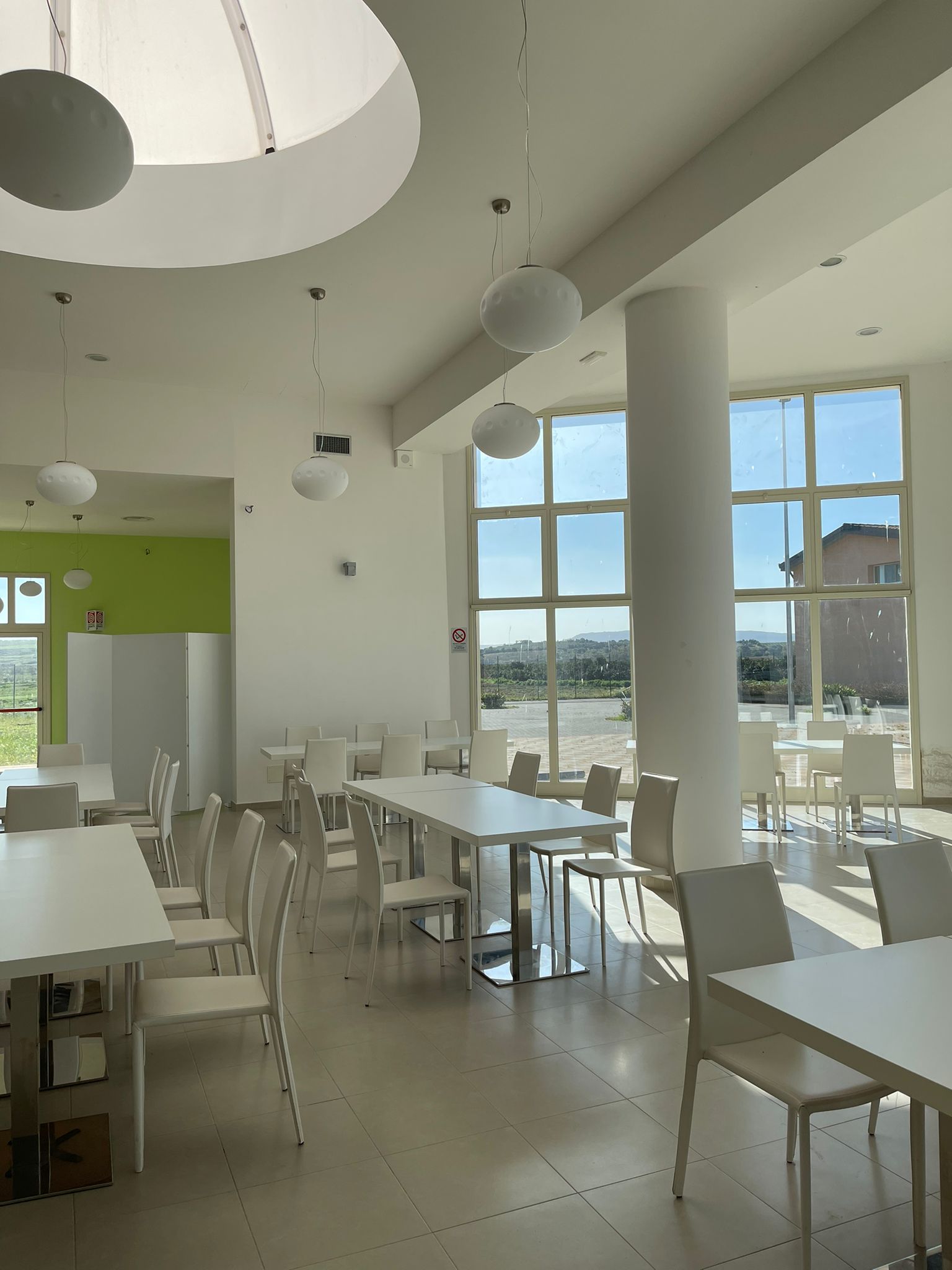 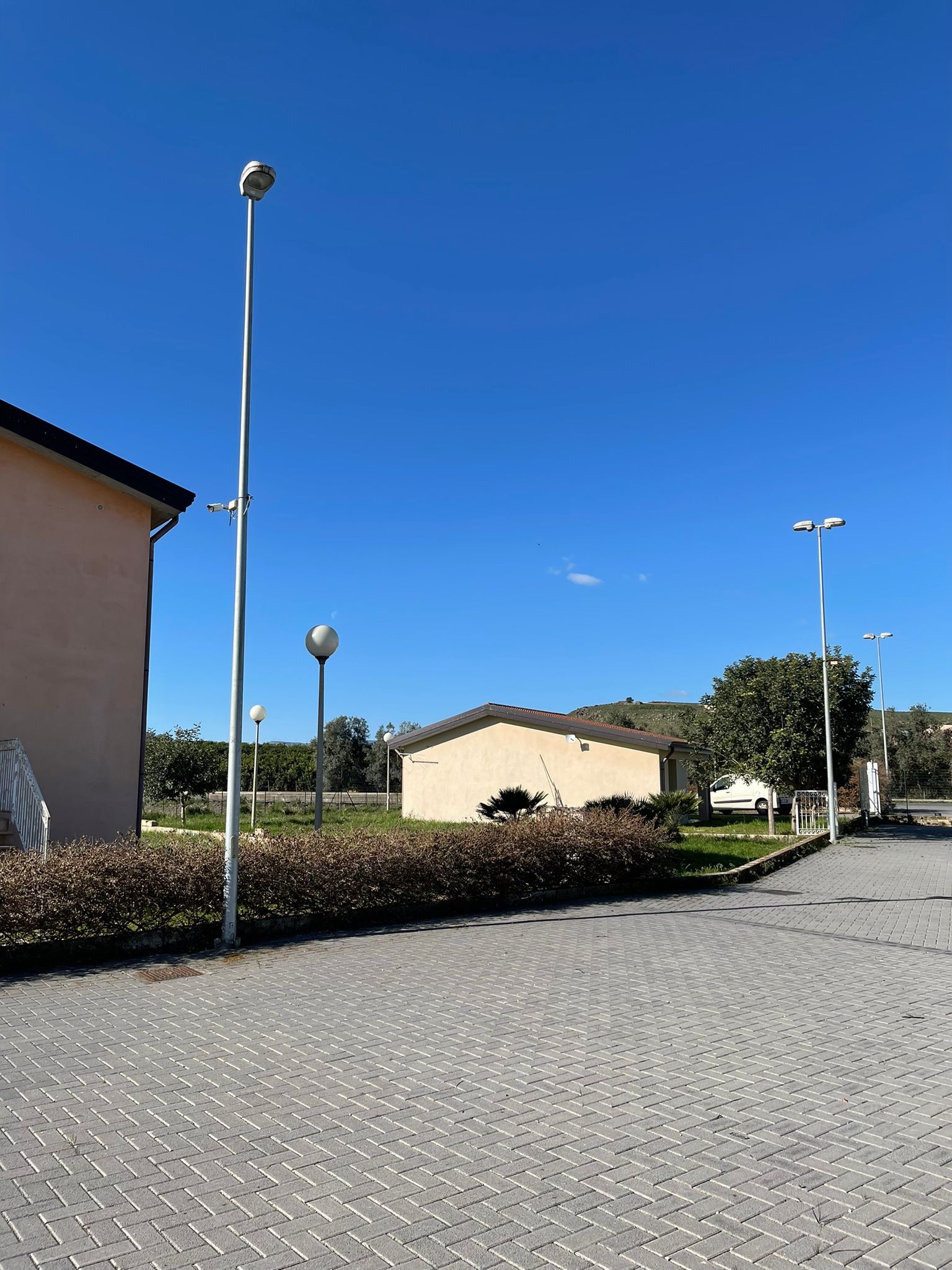 The goal of this project is to revitalize abandoned territories, which previously belonged to the mafias. In doing so, it will be possible to reuse them and make them available to collective needs, bringing work to the homes of those who have lost a lot, those who struggle to get to the end of the day, those who need a second chance or are simply victims of a society affected by unemployment, marginalization and prejudice. Thus becoming Lentini’s symbol for legality.
The building, given its strategic position, was the summit place of the mafia organization, and today it has a tourist function, refreshment function and more, it is even a place of cultural exchange for schools in different regions. In addition, its conformation consists of a dome, which becomes the symbol of light that prevails over the darkness of illegality. The buildings that are separated by the multifunctional structure have a “C” shape and recall the structure of the old courtyard, where daily life took place and was told.
The association that manages the building, “Libera terra Leontinoi” also owns a franchise of organic food products such as oranges, liqueurs, pasta and biscuits that have been considered the best in the national rankings.

This project belongs to the initiatives in the area promoted by Libera, a network of associations, names and numbers against the mafias, committed to the reuse of confiscated assets. The overall objective is the return of land and structures to the community for social purposes.

Based on the information collected and the interviews carried out, it emerges that the project was completed on 30/06/2012, respecting the deadlines of the expected end.

The confiscation and rehabilitation of the land was successful thanks to the efficiency and determination of those who embraced the cause.

The management and economy of the structure in the last period have been affected by the Covid-19 emergency, which has not allowed the activity of the third sector. In addition, work has been slowed down due to a geological problem. Following an inspection, the authorities established that it was necessary to raise the structure by 2.5 meters to avoid harmful consequences triggered by a probable overflow of the “Gornalunga” river. This led to a high increase in costs, which did not allow the project to be fully implemented. There were also two other problems, not as heavy as the problem of the river, but they slowed down, albeit slightly, the time: the change of legislation regarding the electric cabin and the lack of agreement on the costs for the construction of the works.

Despite the inactivity, the building has always been kept clean and in perfect shape. In addition, the purpose of the project was also appreciated. The common determination and enthusiasm meant that the authorities worked in synergy, the success of the project strongly depends on a team spirit that only those who have an important goal to achieve possess.

The main risks are represented by the possible attempt at vandalism against the places described, so as to disfigure their innovative function and make commitment and dedication used vain.

We would like this place, unfortunately little known locally, to become for us young people a meeting point where we can organize events, festivals and exhibitions, to give sustenance not only to the economy of the structure but also to the tertiary sector of our country. To involve us young people first of all, it could be functional to organize activities that make us protagonists such as theatrical presentations, exhibitions carried out by high schools (artistic) and cooking competitions, given the presence of a large and equipped kitchen, also to advertise typical products of our land.

On 23/02/2022, the interview with Alfio Curcio, CEO of the “Libera Terra Leontinoi” association, was held at the legality farm. Subsequently, on 2/03/2022, some questions were also asked to former mayor Alfio Mangiameli, who followed the project. On 3/03/2022 we interviewed engineer Bruno Zagami and the architect of the Technical Office of the municipality of Lentini. Furthermore, the geologist Cinzia Vasile also participated briefly.

1) WHAT WERE THE GREATEST DIFFICULTIES ENCOUNTERED IN THE INITIAL PHASE OF THE PROJECT AND DURING ITS DEVELOPMENT?

2)POSITIVE RESULTS EMERGE FROM THE DATA EXAMINED AS A SIGN OF THE GREAT SUCCESS ACHIEVED. IS IT FAIR TO SAY THAT REALITY HAS EXCEEDED EXPECTATIONS?

1) The biggest difficulty was in the unpreparing of the institutions. Local authorities were not prepared for this “revolution” that came from below. So much so that this good, and not only this, has been entrusted after many years.
After the answer given by Alfio Curcio, we have compared the two unities, the ex-mayor of Lentini Alfio Mangiameli and the architect Pina Castro, and their thoughts on the same theme.
2) The ex-mayor of Lentini, Alfio Mangiameli, states this: “Yes, we can say that reality has exceeded expectations. We have created and realized one of the most important projects in the central-southern area of Italy. The funding was successful, realizing a notable work and giving a message of legality to the city by restoring a common good to the society”. The answer of the architect Pina Castro agreed with the words of the ex-mayor, in fact she says: “We believed in it from the beginning. We have put all of ourselves to carry out this project. Eventually, reality has exceeded expectations because that which was a project on the paper has led young people like you to become interested, after so many years, in a project like this and implement it. The seeds we planted will become trees”.